Line is a messaging app allowing to call and text friends and strangers. It also offers stickers, games, and other activities, attractive to child abusers. With mSpy, get any conversation and shared files visible to prevent potential dangers. 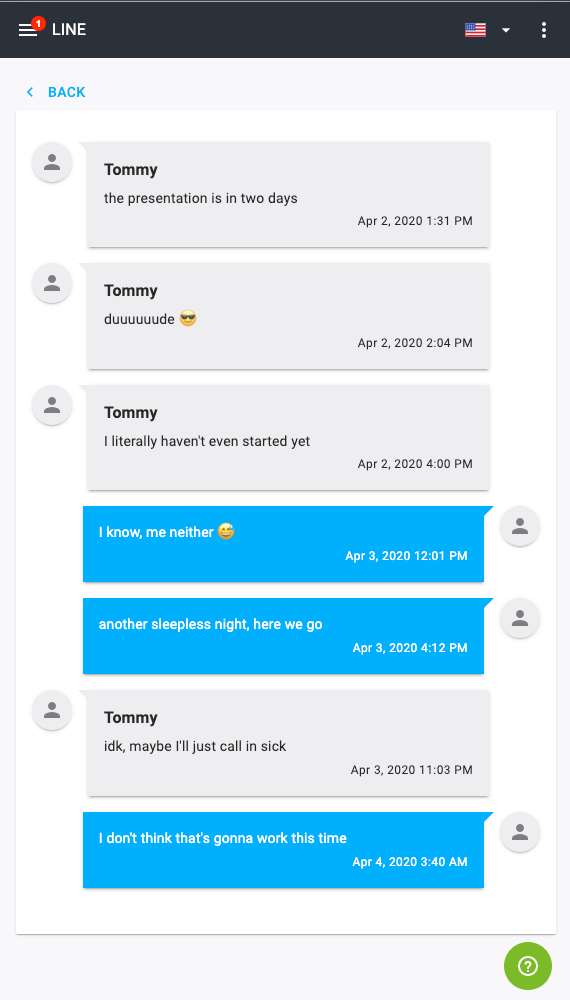 With mSpy you will be able to: 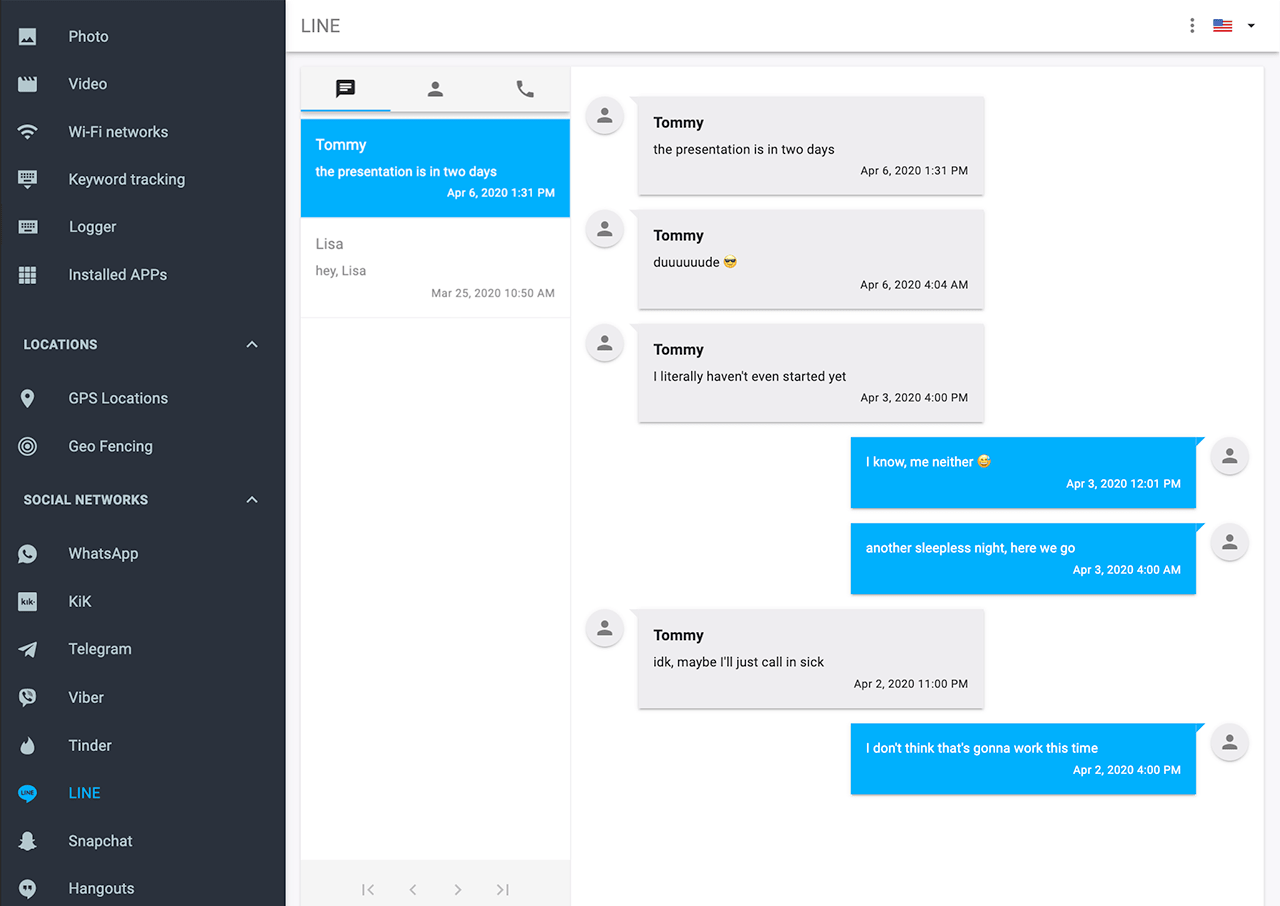 compatible with:
Available in:
Why will you find this feature useful?

The Line app is getting popular because it is free and has plenty of attractive services, such as animated emojis, virtual stickers, and games. Its flagship features allow users to call and text mates and to create secret chats. The latter option opens the door to the interaction parents wouldn't approve otherwise. It may become a channel for online predators and bullies to reach out to a youngster. That's why the mSpy Line Tracker is particularly necessary here.

Besides reading the text of each chat, parents can view the contact details and control if the child's social environment is sane. Be always aware of their online communication and the channels they pick for it.

How does mSpy work?
Buy mSpy

Join the huge mSpy's community by becoming its dear user. Purchase the most convenient package and subscription. Register and leave your email address to let mSpy send you the welcome letter and further instructions.

Install and Set Up

Open your email box and find a welcome letter from mSpy. Follow the link to your mSpy account. Proceed to mSpy Сontrol Зanel to see where the whole magic happens and find the most updated information there.

Access the Сontrol Зanel and find Line among many other features. Start viewing all activity logs, calls, chats and hidden ones. Identify the precise time of every chat and look for particular people behind every conversation.

I joined mSpy after the social experiment with Coby Person, and it fits the bill. It definitely the must-have tool for all parents.

To me, the Internet is a gateway for abusers to commit different offenses against kids. My children are very small to confront the harsh reality, that's why I use mSpy as it helps me to keep them safe.

I am a single parent and having a tool like mSpy is very handy as I can always check where my kid is even if I work long hours.

I don't want to be a helicopter parent, but the bloody world of Social Media is perilous to stay indifferent. I use mSpy to restore peace of mind and to keep my kids safe.

Prevention is better than cure, it is a key point why I choose mSpy.

Learn what is the Line app

Line is a messenger that first gained its customers in Asian countries. In Japan, after the Tsunami, many ordinary channels were damaged. An internet company Naver worked out Line texting app for its employees to keep the discussions online. Over the year, it gained popularity among ordinary people and became widely used as the Line app for Android and iPhone. Later, it became a kid tracker app since children use it to communicate as well.

When asking how to use the Line app, the customer should also know that it renders not just kid chat lines but adult operations, such as ordering a taxi, making mobile payments, using discount vouchers, etc. Considering the fact that nowadays iPhone users are being converted into Android fans (particularly in Japan), Line for Android is more demanded at present.

The Line app for Android is its powerful asset to this operating system's fans. It expands the opportunities of the device. However, with mSpy, monitoring the Line app for Android installed on the target person's device is more powerful. The user has access to calls, any text in chat, including hidden ones, and to the entire activity log. That way, any kind of information shared via this channel becomes available to a monitoring person.

In the light of modern cyber attacks, there's always a question: is the Line app safe? The company developer anticipated the encryption to messages and features, regardless whether it's Line for Android or iPhone. It claims to scramble the chat's content with a key. The text is kept in the user's phone. But this ability is enabled when all the participants have it on their Android or iPhone. Moreover, they have to turn on encryption since it's hidden inside the menu. mSpy encrypts all the data as well. This means that no one but a customer can view the data of the target person on the control panel. It's an ideal finding for parents whose children use the Line app.

Parenting is a complicated thing and sometimes seems contradictory. It suggests trust and control as well. You cannot lean on your child's understanding of things. By definition, the youth is not experienced. So, they think that people have good intentions. Unfortunately, the Internet made those with evil ones closer to kids via different channels. One of them is Line. Therefore, parents cannot just let things happen - they should check from time to time on how their children communicate with mates and even strangers via messengers like Line.

mSpy allows parents to spy on Android or iPhone phones. That way, they can read chats in Line. Hidden chats are more insightful. They are created to discuss something that kids won't open up about. Those things are not always safe. When parents get to know them, they have the chance to prevent unwanted events, activities, occupations, or contacts. To get the whole picture, it's enough to view an activity log and multimedia files shared via Line chats. Photos and videos stored on another person's device speak more than any text.

Find how to use the Line app monitoring feature for iPhone

Usually, an iPhone is less prevalent when it's about using the Line tracker. Since mSpy tends to meet the current needs of its customers, it elaborated the Line app tracker for Android devices to keep up with the tendencies.